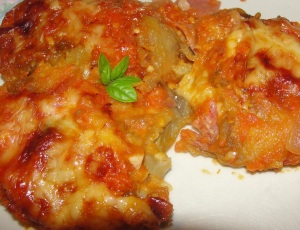 Our Roman airbnb houseguest, Cinzia, kindly demonstrated her traditional Italian version of Eggplant Parmesan, called Aubergine Parmigiana in Italian. I enjoyed making it with her and it was delicious, but a bit heavy due to the fact that she deep-fried the eggplant. I lightened her recipe by baking the eggplant slices with olive oil spray instead.

I use Cinzia’s recipe for Fantastically Fresh Tomato Sauce, which she made for this Aubergine Parmigiana. It makes about a cup of sauce. 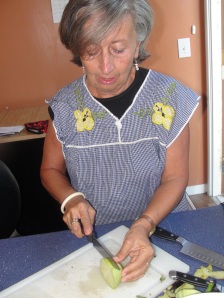 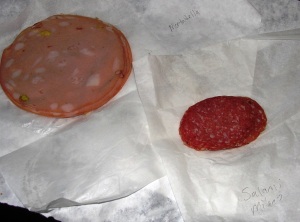 Ingredients: (We bought the meat from Genova Deli in Oakland)

2 slices of Mortadella salami. (it looks like bologna, but is much better) 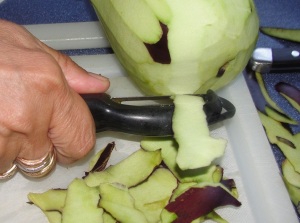 Cut ends off eggplant and peel it. 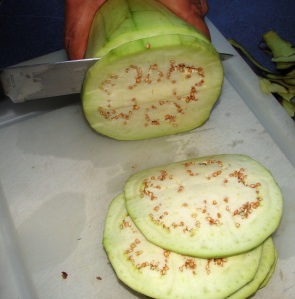 Use a large knife to slice eggplant thinly: about 1/2 inch thick. 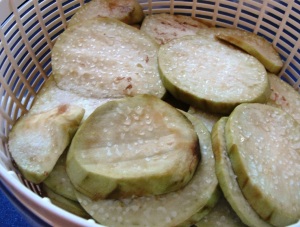 Place slices in a colander or salad spinner basket and sprinkle with kosher salt. Layer more slices on top, sprinkling with more salt. Let sit while you make the sauce and grate the cheese, etc, for about 30 minutes. The salt will draw the bitterness from the eggplant and drops of moisture will appear on the surface. 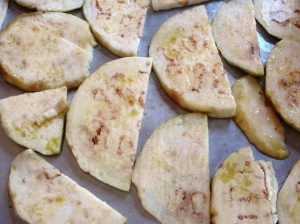 Bake at 450 degrees for about 20 minutes until soft, but not dried out. 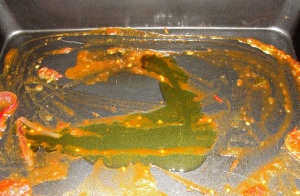 Spray sides and bottom of a flat casserole pan with olive oil spray, then pour about 1 tsp of oil  on the bottom, add a bit of the tomato sauce and spread it on the bottom. 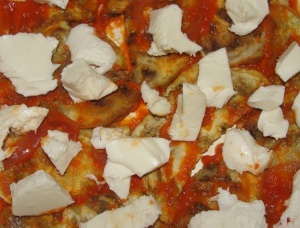 Place about 1/2 the eggplant slices in the pan and cover them with half the tomato sauce. Cut up the fresh mozzarella and place the pieces evenly on top of the eggplant. 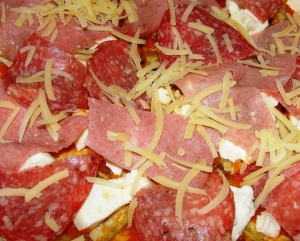 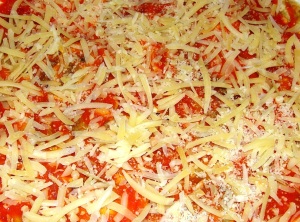 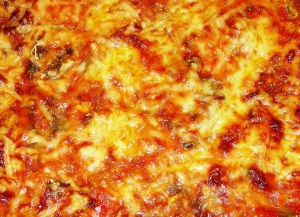